Biden did nothing to move US trade policy to China, major disappointment: Stephen Roach

When Joe Biden was confirmed president-elect in November 2020, many on both sides of the Pacific Ocean were hoping for a change in China-U.S. Trade relations that had become mired in a tariff war. But to the disappointment of many, bilateral tensions have only intensified under Biden. Stephen Roach, a senior researcher at the Jackson Institute of Global Affairs at Yale University and former president of Morgan Stanley Asia, was one of them. Why didn’t Biden move to cancel the punitive tariffs? What actions should be taken to ease trade tensions? In an interview with Song Lin (GT) of the Global Times, Roach, whose new book focuses on how to improve bilateral relations, shared his perspective. 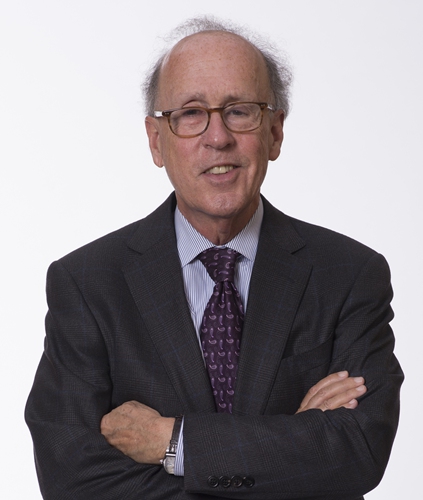 GT: How do you see the current trade relationship between the United States and China? The previous Trump administration launched a trade war, much of which remained in place during the Biden administration. Do you think the trade war has widened?

Roach: US-China relations are in serious trouble. Like many, I was hopeful a year ago, when we got the results of the 2020 presidential election, that there would be a significant shift in US policy toward China under the Biden administration. The first day President Biden took office [on] On January 20, 2021, he signed around 17 executive orders, overturning many of the Trump administration’s most unpopular actions.

But he did nothing to change US policy towards China. It’s a big disappointment. On the contrary, tensions have grown over putting more Chinese tech companies on the US Commerce Department’s so-called entity list or “blacklist”.

New U.S. Trade Representative Katherine Tai gave an indication, when she finally spoke about the relationship in early October, that there may be a selective tariff cut, but this has not yet been specified and appears be very limited in scope. So my general feeling about the relationship is a feeling of disappointment and great worry for the future.

GT: Senior US officials have raised the possibility of phasing out some tariffs, especially given current inflationary pressures in the United States. But there was no concrete action or plan. Why do you think it is?

Roach: [US Treasury Secretary Janet Yellen] think it would be desirable [outcome] to cut some tariffs, and I totally agree with Secretary Yellen on that. But you asked why [there has been no action]. The answer can be summed up in one word: political. President Biden has a very narrow majority of representation in the United States House and virtual equality in terms of representation in the United States Senate. He has no room for bold political leadership on key controversial issues.

The second point is that US opinion polls show widespread negative views on China. The negative sentiment is shared by Republicans and Democrats, old and young, college graduates and uneducated. This is a very clear indictment against any actions that American politicians, especially someone with a very narrow margin of support like Joe Biden, might take to change Chinese policy. It is this set of very difficult political circumstances that prevents the President from truly rethinking or changing US policy towards China. I think it is wrong, and I wish it was different. But we live in a highly political climate in the United States. It’s hard to imagine how the United States will change this dynamic in a short period of time.

GT: In the meantime, is there something to do? Are there areas where the two sides can continue the dialogue to resolve some issues?

Roach: There are many areas of mutual interest that the United States and China should engage in, and I would list just three. One, climate change; two, global health; and three, cybersecurity. The United States and China engaged in a positive dialogue on climate change at the COP26 meetings in Glasgow last month, which is slightly encouraging. There hasn’t been a major breakthrough, but at least the two sides are talking.

On global health, there have only been back and forth claims about the origins of [COVID-19], and this is unfortunate because a pandemic has global reach and the world needs global leadership to deal with the current pandemic and the prospects of a future pandemic. And that didn’t happen between the United States and China.

GT: What about trade? Are there areas of trade where the two countries can continue to dialogue or even agree?

Roach: My views on trade are fairly well known and they are not widely accepted on the American side. The logic behind [the phase one framework] is wrong. The consensus believes that working middle class America is suffering in large part because of large trade deficits. The biggest part of the trade deficit is with China, and allegations of unfair Chinese trade practices mean that we have to penalize China with tariffs. This is the argument that politicians make on both the Democratic and Republican sides, and the American public has endorsed and accepted this argument. The point of view, however, is completely incorrect.

GT: Regarding China’s economic outlook in 2022, a recent meeting of senior Chinese leaders pointed out that stability is a priority for economic policy in 2022. How do you see China’s economic growth in the next year?

Roach: I have followed the Chinese economy very closely for almost 30 years. And I have to say that China is very consistent and always focuses on stability. So I’m not surprised, especially going to the Party Congress [next year] which remains a high priority for senior management.

But it’s a balancing act. For about five and a half years, Chinese leaders have been very concerned about the excess debt and the need to avoid a Japanese-style problem. Thus, the debt reduction campaign, particularly aimed at the real estate sector, has become an increasingly important objective of the government.

I hope that even though the combination of debt and supply chain issues recently led to a slowdown in economic activity in China, the government will not back down in its efforts to tackle debt reduction.

I think there is still plenty of room to provide short-term monetary stimulus. The recent cut in the [reserve requirement ratio] indicates that the People’s Bank of China takes this risk very seriously. And I think that’s maybe one more clue to come. Overall, I think the Chinese economy will perform better than expected in 2022.

GT: The global economy as a whole has been hit hard by COVID-19 and is still struggling to find a way to recover. Do you think there should be some coordination between China and the United States on macroeconomic policies?

Roach: Coordination is great in theory, but in practice it only really happens when there is a serious crisis. And even then, sometimes coordination is more of a coincidence than an explicit agreement between two parties. I believe, however, that the United States and China need a better framework for the two economies to work together not only to cope with shocks in times of crisis, but also to solve the difficult problems that we regularly face.

In my new book, which will hopefully be released later this year, I propose the establishment of a full-time US-Chinese secretariat, an office made up jointly of US and Chinese officials and researchers and located in a neutral country. like Switzerland, where the full-time efforts of the Secretariat would be to work on all aspects of the relationship, from economic policy coordination, data sharing to climate and health and cybersecurity effort sharing.

This relationship is too important to be left to infrequent exchanges. It needs a full time organization to staff, develop and build the relationship much more effectively than it is now. I detail this proposal in my new book. 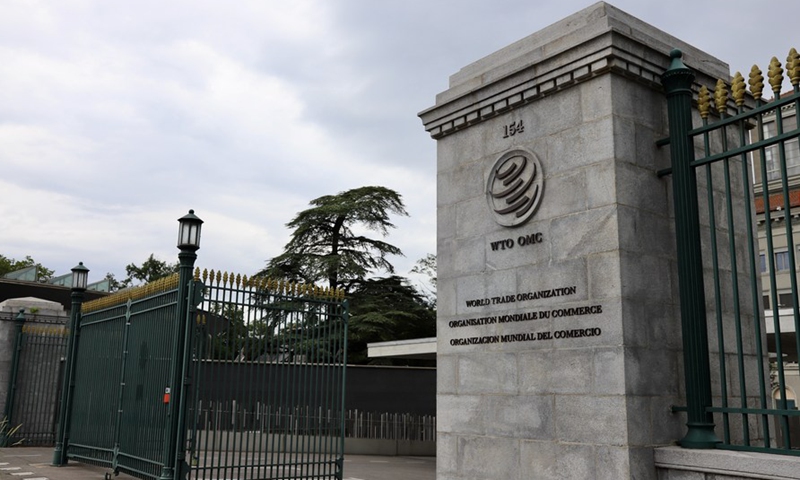 The photo taken on July 15, 2020 shows an exterior view of the headquarters of the World Trade Organization (WTO) in Geneva, Switzerland. (Photo by Li Ye / Xinhua)

GT: My last question relates to the WTO issue. December 11 marks the 20th anniversary of China’s entry into the WTO. Do you think the WTO is still playing the role it was supposed to play in world trade? Has this role been undermined? What needs to be done to improve this role?

But again, let’s get back to the political point I raised earlier. Trade liberalization policy is currently in trouble in the United States, and that is unfortunate. And Democrats and Republicans believe trade is the enemy of the United States rather than trade can be used to improve our standard of living and economic growth. And until we change this mistaken view, it will be very difficult to push the United States to embrace a new round of WTO reforms.